About Us » School History

BIRNEY: 1959 TO 2015
Birney was built in 1959 to accommodate a growing Redondo Beach City School District. Birney got off to a bright start with just nine classrooms and teachers in kindergarten through fourth grade led by their new principal, Leila Andrews and vice principal, Helen Colwell. During the first school year, like today, there were plenty of opportunities to get to know your school neighbors including a Christmas Program held at the Community Center, a Fourth Grade Pageant of Early California and a Family Night Potluck Supper.

Birney School was named in honor of Alice McLellan Birney who, as a mother herself, spent her life advocating for childrens’ education. She co-founded the National Federation of Mothers, which later became the Parent Teachers Association (PTA). Our little school, with a rich tradition of community support that continues to this day, is a living reminder of Alice Birney’s selfless dedication. Birney’s own PTA received its charter on March 17, 1960 and had 100 members enrolled at the reasonable cost of 50 cents per person!

As the local population has grown over the years, Birney too has grown. In 1961, Birney School added four classrooms to accommodate the expanding student body. In 2007, Birney completed an extensive renovation that included modernizing classrooms and improving the school’s infrastructure. In 2009, Birney completed construction on a new administration building and modernized the library, learning center and two kindergarten classrooms. The most recent expansion occurred in the summer of 2014 and included six new classrooms to accommodate the ever-growing population.

Birney School and its strong community continue to contribute resources to the children of Redondo Beach, and we look forward to many history-making years ahead. 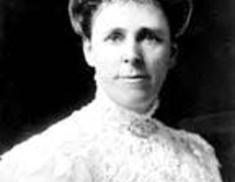